ICTJ: An Unfinished Truth: An Analysis of the Commission of Truth and Friendship's Final Report on the 1999 Atrocities in East Timor, 2009

ICTJ: An Unfinished Truth: An Analysis of the Commission of Truth and Friendship's Final Report on the 1999 Atrocities in East Timor by Megan Hirst, 2009.

In July 2008 Indonesia and Timor-Leste’s bilateral truth commission, the Commission of Truth and Friendship (CTF) submitted its final report. The commission had been tasked with reviewing the work of previous transitional justice mechanisms and revealing the “conclusive truth” regarding institutional responsibility for violence committed in East Timor in 1999.1 During the CTF’s three years of operation, it attracted significant criticism. This focused largely on the commission’s power to recommend amnesty and on the problematic public hearings that it conducted.2 The UN refused to participate in CTF processes, and human rights groups condemned the commission as a whitewash designed to perpetuate impunity.

Against this context, many were surprised when the CTF produced a report confirming that Indonesian security forces and civilian authorities committed crimes against humanity. By endorsing the report’s findings at the ceremony to mark its submission, President Susilo Bambang Yudhoyono provided Indonesia’s first official recognition that its state institutions had systematically violated human rights in East Timor. These developments were justifiably greeted with both relief and praise. However the CTF’s final report deserves a closer investigation and a more nuanced appraisal. This paper reviews the CTF’s document review and research, its findings and its recommendations. It is intended to supplement the ICTJ’s first monitoring report, which covered the CTF’s establishment, mandate and public hearings. 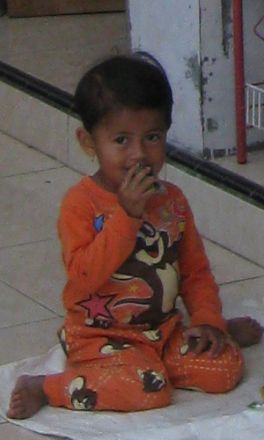