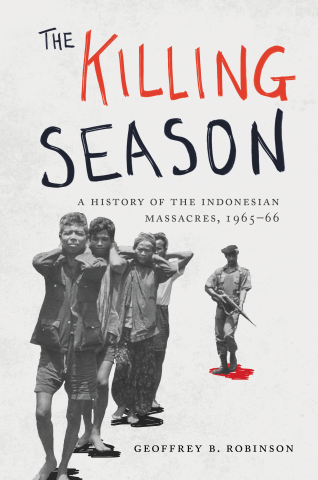 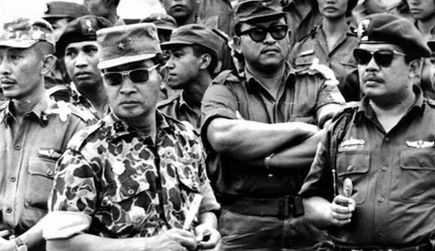 The End of Silence

How could one better commemorate the victims of the human rights violations of 1965/66 and the years after (up till now), than by reading their accounts that have been gathered over the last few years by Soe Tjen Marching. The book has been structured according to the distance from the factual abuses in 1965: the oral history by victims themselves, their wives, their children and finally even their grandchildren. That makes very clear that the violations still continue in third generation taboo and discrimination.

The very informative introduction reveals the mechanism of using fear during the Orde Baru (1966-1998), that was one of the instruments Suharto used to stay in power. It still works today. In her introduction. Marching argues both with a detached scientific view and personal experiences. It makes clear why the fear still is there.

The victim’s accounts and those of their relatives are thus even the more courageous. But strangely enough they also make good reading. People become individuals with their own emotions and reflections. Very moving are the grandchildren of the forced labour prisoners on Buru, who were born in that exile. They end the silence in their families by adding an acronym to their name Svj (after one of the prisoners’ villages, Savanajaya). The man is proud to be born and raised in the exile of his grandfather.

It is difficult to choose one history as the most impressive. All have their own merits. The language is authentic and in no way sentimental. The photographs by Angus Nicholls do really add a dimension, to give a face to the story-teller. But also the other way round: they look into the lens and know they make themselves known to “the outside world”, and thus break the taboo for their fellow-survivors who not yet had the courage. As such this book is a monument for the author, a woman who has the courage to stand up even against the fear of her own mother, to end the silence. We can only hope that an Indonesian translation will make these accounts available to a broader Indonesian public soon. (Martha Meijer)

In a strong voice Judge Zak Yacoob spoke the words so many victims of the 1965 tragedy had been waiting for, for so long. The Verdict of the International People's Tribunal 1965 (IPT 1965) considers the State of Indonesia responsible for crimes against humanity committed in the period 1965/1966 and the years after. These crimes include killings, enslavement, imprisonment, torture, sexual violence, persecution, enforced disappearances and hate propaganda. The Verdict also considers foreign states, specifically USA, UK and Australia complicit of these crimes. The verdict notes that possibly those crimes can also be considered to fall within the definition of genocide. The report is available at: http://ultimus-online.com/index.php/toko-buku/terbitan-ultimus/product/160-final-report-ipt-1965.

On these pages we upload the Weekly Update Human Rights in Indonesia, a clipping service for people interested in a wider range of human rights developments in Indonesia. The majority of news items come from Indonesian papers and websites. You can also receive it by email: JLIB_HTML_CLOAKING