The sad history of the murder of human rights activist Munir Said Thalib in 2004 has now been documented in this book by human rights expert Matt Easton. The impunity since that moment, 2004, is an example of how in Indonesia those in power remain out of reach for accountability.

This book is a monument, a monument for human rights commitment of the persons described in it, a monument for the victim, Munir, and a monument for the perseverance of those around him to get justice done. During the past 18 years the friends of Munir have tried all legal ways to have all those responsible to account for their deeds in court. The book is the more impressive as we know beforehand that all legal experts, Indonesian and foreign, who tried to turn the line of history, did not succeed.

To be murdered without accountability has turned into a new vocabulary. In Indonesia people call it “dimunirkan” – to be murdered before the eyes of all involved without repercussions. It is also an example of how a “puppeteer”, “dalang” in Bahasa Indonesia, is known but not responsible. With the 2024 presidential elections coming near it is also good to be aware that the history of Munir’s impunity took place under different presidential leadership, from Megawati, Susilo Bambang Yudhoyono to Djoko “Jokowi” Widodo. The rise of dynasties in Indonesian politics may draw lines of being dependent into the next generation. The book is limited to the legal saga and leaves the analysis of power relations to a further unravelling.

The central person of course is Munir, his life and all efforts by his friends to get justice. Although from the first page you as the reader know that his friends have a mission impossible. Those supporters, his wife Suciwati in the frontlines, are the real heroes of the story that reads as a thriller, but it makes clear that this is not fiction. This is a documentary that has been researched into all possible details. You may wonder what the importance is that one of the disappeared students in 1997 were kidnapped by a blue Kijang and not by a black Kijang, but you realize that as each of the details has been looked into, has been corroborated by separate sources, that is the main weapon that this book has to prove that all the details have been checked and checked again. Matt Easton has done a great job that resulted in a real pageturner.

All witnesses that have given their support to this monumental effort deserve our admiration. This book, by the details as such, shows how impunity works and how all contributors in their own context build all the particles that are needed to make the narrative convincing, from the witness in court, to the people that give their suggestions as suggestions. That is also one of the strong issues in the book: the author is not making any propositions that rumours are brought as facts. The loose ends that are checked in one of the final chapters, shows what proof would be needed to make another step forward.

In the list of sources that confirm earlier conclusions, there are some new sources that remain anonymous. It takes a great deal of courage to make such a contribution, even anonymously. These persons should together with all sources that step forward, be nominated for the Nobel Peace Prize for their effort to tackle the vicious circle of impunity in Indonesia. The author, Matt Easton and other contributors like Suciwati, Usman Hamid and others may very well refuse such an award, as it makes them more vulnerable for another plotting by those who want to keep the vicious circle intact.

One more suggestion struck me during my reading, and that is that many measures have been taken which at first sight seem to defend people against legal maltreatment by impunity, but in the end turn out to be profitable for the alleged perpetrators. That is for instance the case with the ultimate result of the Tim Pencari Facta (TPF): that is that its findings did not become public or common knowledge, and thus helped to not  resolve the case. An ordinary criminal procedure would not have left it at that.

The same happened with the Komnas HAM inquiry into the human rights violations during the period 1965 – 1966 and later (2012): by researching this (as is said) more than 1,000 pages report all that information has been hidden and been kept in hiding. The unofficial summary  and the appeal by Amnesty International to make the report public is found here:

All in all: this is a very important but also very readable book; it is sad it is not fiction. All evidence is there. It should be read by all prosecutors and justice ministers that acted during those 18 years. We wish all those who contributed that once, thanks to their perseverance, the truth will be out. An Indonesian translation should be available soon. 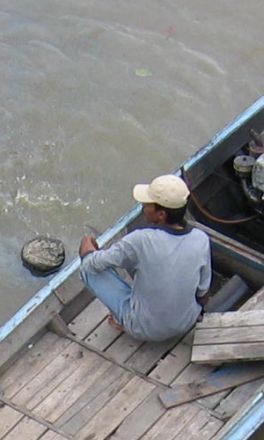