With this book Andreaas Harsono presents an in-depth analysis of regional differences throughout Indonesia, based on religious and ethnic tensions. Early in the first decade of the 21st century the idea came up that after the fall of President Suharto in 1998, long suppressed causes might show that unity is not such an Indonesian feature after all. Harsono has aimed at writing a travelogue combined with inspiring background reading and personal interviews in 7 provinces.

In each of them he has selected one or two violent ethnic "incidents", some quite recent (a 2008 meeting with Filep Karma in Abepura), some from the early years of Indonesia's independence (the 1950's Permesta in Sulawesi), that give an insight in the continuity of the ethnic, racial and religious tensions. Another feature that  returns in nearly all regional analyses is the role of militias during the struggles for power.

The long-term perspective Harsono applies by his backgaround reading has a great advantage of more deliberate comparison throughout times and regions. He quotes the late LIPI (Indonesian Academy of Sciences) researcher, Muridan Widjojo as saying "If it was possible to negotiate a resolution in Aceh, then it is possible to negotiate on Papua". In hindsight one may doubt whether the costs (sharia legislation in Aceh and mining profits in Papua) do find an even balance. Food for thought.

Harsono is well-known for his independent views. During the presentation of the book in Leiden, the Netherlands, in May 2019, he told how people in Aceh had called him "a Javanese puppet", while in Java he was called "a Chinese dog".  Indonesia still has a long way to go before it achieves real "unity in diversity". Harsono's analysis is a very useful contribution. 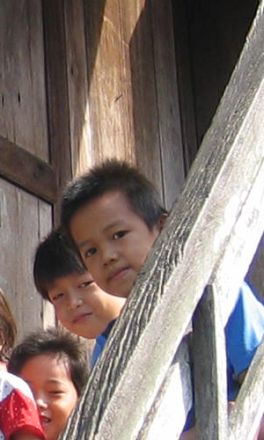