Jokowi and his exiled compatriots

On 22 April 2016 in The Hague, President Jokowi has been confronted with a drama at home and what is left of it abroad: the fate of Indonesian exiles since 1965.  In 2000 Gus Dur met with exiles, calling them “wandering heroes”, but he was not able to restore their civil rights. Yudhoyono, who enjoyed being among the world’s top Who’s-Who, never really showed much concern for them. Jokowi, a simple man who’s not shy about his simplicity, likes to listen to people’s concerns. Taking a break from his business agenda, he approached his compatriots in the streets, talked at a hotel and visited Indonesian students in Leiden. Unfortunately, there was no chance given to this first president with no link to the New Order regime to meet exiled compatriots at exactly the same time his government at home was sponsoring a historic symposium to publicly discuss, for the first time, the tragic impact of the 1965 genocide.  The Indonesian Embassy in The Hague apparently failed to see the significance of the opportunity for President Jokowi, who has promised to resolve the 1965 tragedy, to meet with exiles and compatriots concerned with the continuing impunity. But for Tante Cisca. 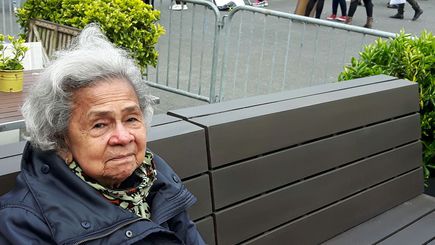 Fortunately, and surprisingly, though, Francisca C. Pattipilohy, accompanied by fellow exile Soengkono, bravely found her way to shake the hand of the President and deliver a letter from the International People’s Tribunal of Crimes against Humanity 1965 (IPT). “Yes, I’m aware, I’m aware,” said the President as he received the letter, which urged the Indonesian state to proceed with the findings of Indonesia’s national commissions on human rights and violence against women. Had there been a dialogue, the President would have acquired greater understanding of the depth of the problem — how stigmatizing and humiliating it was for hundreds of exiles to be denied civil rights to live safely in their own homeland.

For Tante Cisca, as Francisca is affectionately called, it was a precious moment. Once outside the hotel she cried and proudly said “I did it! Oh, after 48 years I’m meeting and talking to an Indonesian president.” She then rejoined the IPT rally, which rejected any “reconciliation without uncovering the truth”.  Francisca, 90, a translator exiled since 1968, and her husband Zain Nasution, a journalist who died in prison in 1975, could have been among the nation’s heroes. In the 1940s Francisca joined the Zain-led Indonesian student bond in Holland, the RUPI. Both were members of the famous Perhimpoenan Indonesia ( PI ), the nation’s independence movement, which first used the term “Indonesia” and the members of which included founding vice president Mohammad Hatta.  Zain and Cisca were passionate fighters. They protested against Dutch aggression by returning their Malino scholarships in 1948 and returned home only to be persecuted and left in detention in December 1965.

It’s not clear what recommendation the government commission in July will present to the President and what approach he will take to resolving the festering wound of 1965. That will presumably be the thorniest question for President Jokowi.  He will have to decide whether to follow the lead indicated by his politics and security minister Luhut Pandjaitan, who vehemently rejected any apology to the millions of innocent victims affected by the 1965 tragedy, or whether to issue an apology on behalf of the state and bravely seek a way — his own way — to resolve the issues by listening carefully to the suffering survivors.

When in July 2016 the Verdict of IPT 1965 was published, the response by (former general) Luhut was in agreement with his earlier statement. We will keep you informed of further developments. 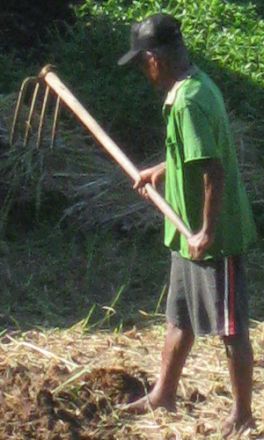