Indonesian human rights court on East Timor: 1 July 2002: indicted before the Indonesian Court for crimes against humanity - in relation to·

There were two charges[4]:·

5 June 2003: the prosecutors argued that the accused should be acquitted due to lack of evidence[5].

5 August 2003: The verdict was 3 years detention[6], but he remained free awaiting appeal.

In 2004 Damiri was acquitted. There is no further information yet on the appeal procedure.

24 February 2003: charged in absentia before the Dili (United Nations) Special Panel for Serious Crimes in relation to crimes against humanity.

(Source: Human Rights Watch, 08-08-2004:) The appeals court in Jakarta today [08-08-2004] announced that it had overturned the convictions of four high-ranking Indonesian security officials and cut in half the 10-year sentence of Eurico Guterres, the former leader of the notorious Aitarak militia in East Timor.

"The decisions show that courts in Indonesia are simply not independent and are incapable of rendering justice for the atrocities committed in East Timor," said Brad Adams, executive director of Human Rights Watch's Asia Division. "Indonesia has given the international community no choice but to initiate a justice mechanism for these appalling crimes, which took place in full view of the world in 1999."

The four acquitted officials are Major General Adam Rachmat Damiri, who was commander of the military region that included East Timor and the highest-ranking officer to face trial; Colonel Nur Muis, who as commander of the Indonesian armed forces in East Timor was Damiri's direct subordinate in the Indonesian army's chain of command; former Police Chief Commissioner Hulman Gultom; and Lieutenant Colonel Soedjarwo. All had been found guilty by the ad hoc Human Rights Court in Jakarta for crimes against humanity, which Indonesia created in an attempt to shield itself from calls for an international tribunal.Damiri and Muis were also indicted in February 2003 on three counts of crimes against humanity - murder, persecution, and deportation - by the U.N. Serious Crimes Unit in a joint indictment with East Timorese authorities at the Dili District Court in East Timor. The Indonesian government has vowed not to extradite anyone to the U.N.-backed courts in Dili. The decision by the Indonesian appeals court ensures that there is currently no chance for senior Indonesian military officials to be held accountable for the crimes committed by Indonesian army and security forces in East Timor.[7]

In 2007 Adam Damiri testified before the Commission on Truth and Friendship and declared that the violence was the sole responsibility of UNAMET. (Tempo, 30 March 2007).

[1]http://ictj.org/sites/default/files/ICTJ-TimorLeste-Unfinished-Truth-2009-English.pdf[2] Quoted from the Report of the Commission on Truth and Friendship (2008)[3] http://www.cavr-timorleste.org/chegaFiles/1162273558-Chega!-Report-Executive-Summary.pdf[4] http://socrates.berkeley.edu/~warcrime/East_Timor_and_Indonesia/Indictments_and_judgments/Indonesia_Damiri_Indictment.htm[5] Derailed; Transitional Justice in Indonesia Since the Fall of Soeharto. A joint report by ICTJ and KontraS; March 2011.[6] Intended to Fail; The Trials Before the Ad Hoc Human Rights Court in Jakarta. By Professor David CohenDirector, UC Berkeley War Crimes Studies Center; Edited by the International Center for Transitional Justice, August 2003.[7] http://www.hrw.org/news/2004/08/07/indonesia-courts-sanction-impunity-east-timor-abuses 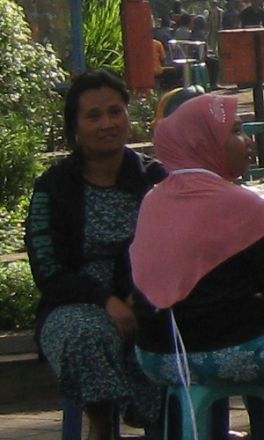