Investigations: none. Although many of the events mentioned above have been investigated, be it by the Attorney-General or the Komnas HAM, and often enough Henropriyono was called at least as a witness, he has always refused to testify.

In 1976 several units of special forces were deployed in East Timor (Source: Ken Conboy: Kopassus, Inside Indonesia’s Special Forces, 2003, p. 266) Some were called sweet names (Tuti, Umi, Susi), others more formally numbered Nanggala 5, 6, etc. Tuti and Umi were mixed units (special forces and regular forces), Nanggala units were formed from the then called Kopassandha special forces. In September three Naggala units surrounded the village of Lebos, but the guerilla ambushes of Fretilin were stronger and Nanggala 12 for instance lost 10 of its 100 members. A new approach was suggested by a special forces captain, Hendropriyono, who first took his ideas to his commander, general Dading Kalbuadi. He explained the indirect rule that had been used by the Portuguese in Timor Leste, and by the Dutch in Java, by using local leaders. Dading suggested he propose his approach to the army headquarters in Cijantung (West Java). Here he met with major-general Benny Murdani and got his blessing to choose a dozen of prayudha soldiers for a small targeted unit. "I did not want men that would kill, but ones that would convince the Timorese not to kill. Above all I need men that would treat the Timorese with dignity." With this small unit he infiltrated into Timor in August 1976.

Surprisingly, he also included Timorese from the Apodeti and UDT who had been imprisoned by Fretilin in his unit. They had inside information. The group grew to some forty men, and the commander was not Hendropriyono, but a Timorese. Hendro was his deputy. This special platoon, Nanggala 13, achieved some major successes  in ambushes and intelligence initiatives with fake letters and in 1977 the experiment was included in the conventional approach by upgrading local civil guards, Hansip. "The first thing I did with an ex-Fretilin guerilla was to take away his rifle," he said, "and then upgrade it to a better weapon."

In 1999, as Minister of Transmigration and Resettlement, Hendropriyono's part in the East Timor nightmare consisted in funding militias before the ballot, and funding the forced expulsion of much of the population after it. His background in Kopassus gave him the motivation and the networks to do this (Source: Tanter et al. p. 96).

Soon after accepting his appointment as transmigration minister, he spoke in favour of a plan to stablish armed civilian militias all over the country, also in transmigration areas. They would be "multi-purpose," he said, and tasked with handling "anarchic" situations under armed forces supervision (Source: ibidem).

Hendropriyono also played a major role in the expulsion of a quarter of a million East Timorese into Indonesian West Timor in September 1999. Leaked communications intercepted by the Australian Defense Signals Directorate (DSD) show that Hendropriyono often communicated with Major General Zacky Makarim about this issue (Source: ibidem). 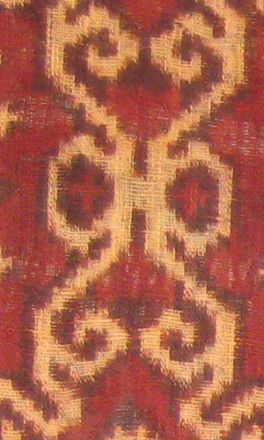