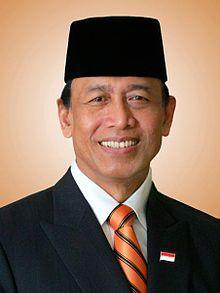 The 1998 violence remains unsolved as to who was really responsible.

As regards the prosecution of human rights violations in East Timor in 1999, one of the most serious problems is the seeming lack of will to indict high- and mid-level military officers. Although Indonesia's KPP-HAM report named top Indonesian military and administrative officers as responsible for the 1999 violence, that report does not appear to have been used by prosecutors or investigators. Most prominent among those named by the KPP-HAM report but not charged is General Wiranto, chief of Indonesia's armed forces at the time of the violence. He remains unindicted despite the Indonesian Commission of Inquiry's determination that he was responsible for human rights abuses and had full knowledge of what the army was doing.

On 24 February 2003, the East Timor Special Crimes Unit indicted Wiranto and charged him with crimes against humanity. You can read the

indictment here. However, prosecutor-general of East Timor, Longuinhos Monteiro, withdrew support for the indictment claiming there "might be some defects". East Timor sources believe Monteiro reversed his position following heavy pressure from senior figures in East Timor's Government.
The warrant was never forwarded to Interpol, the international police agency.

In November 2004, the Defence Intelligence Organisation (DIO is an Australian government intelligence agency) leaked documents that revealed the Indonesian Military's decision to sub-contract out security responsibilities to the militias in East Timor in order to avoid international criticism of mounting violence and outlined the clear knowledge Wiranto had of these operations. (Source: Human Rights Watch)

(Source: Tokoh Indonesia) As his running mate [in2004], Wiranto chose Solahuddin Wahid, the brother of former President Wahid. The selection of Solahuddin was to improve Wiranto's image with regards to human rights. Solahuddin Wahid was Vice-Chairman of the National Commission for Human Rights (KOMNAS-HAM). Wiranto argued that if he (Wiranto) would not be clean from human rights abuses, Gus Sholah would not want to be associated with him. Solahuddin stated that Wiranto had not been summoned as a suspect in the cases of human rights violations in East Timor in 1999, but only as a witness.

The East Timorese Government could not annul the arrest warrant for Indonesian retired General Wiranto issued by a United Nations-backed human rights tribunal based in Dili, President Xanana Gusmao said today.
Indonesia's state-run Antara news agency reported Gusmao, who met with Indonesian President Megawati Sukarnoputri in Bali on Saturday, said his Government had no authority to annul the arrest warrant issued for Wiranto by the Serious Crimes Unit (SCU) on May 10, but it would do nothing to "carry it out".

The two leaders met to discuss on-going problems in resolving cases of human rights violations perpetrated in East Timor, a former Indonesian territory that suffered a bloodbath in 1999 after the populace voted for independence from Jakarta in a UN-backed referendum.
East Timor was under UN supervision between 1999 and May 20, 2002, when it became a sovereign state. While still under UN control, the international community helped set up the SCU human rights court in Dili, East Timor's capital, to investigate human rights abuses allegedly committed by Indonesian officials and East Timorese militia during the 1999 mayhem in which more than 1,000 people died.

An arrest warrant subsequently issued by the SCU has strained Indonesian ties with East Timor, putting the tiny nation in a tough spot diplomatically because the territory remains dependent on its giant neighbour for trade and transportation links. "The [East Timor] Government does not always follow or recognise SCU's decisions," Gusmao told Antara.

For the arrest warrant to apply internationally, East Timor's Government would need to officially present it to Interpol. This would, in theory, make Wiranto eligible for arrest and deportation in all countries around the world.

"It is in both nations' interest that the two countries must be able to face international pressure," he added.