During 1997-1998, activists in the demonstrations against the New Order regime of President Soeharto, were kidnapped. 13 of them never re-surfaced.

(ICTJ - KontraS, 2011) Pro-democracy and human rights activists began disappearing in the last days of the Soeharto regime. Munir, together with other human rights defenders, was involved in the safe return of nine individuals in military custody, but 13 others were never found. The investigations and prosecutions surrounding these disappearances illustrate how the ineffective military justice system, unclear legal standards, and lack of political will resulted in the failure to obtain truth or justice. For more information see the report by Kontras below.

These victims above returned one by one. One student is known to have died:

Until now there are still 13 people missing. They are:

Komnas HAM carried out an inquiry and questioned 77 witnesses: victims, their families, current and retired members of the police, and one retired military officer. However, military commanders refused to appear before Komnas HAM and declined to grant it access to the detention sites. Komnas HAM’s full report, completed in November 2006, was not released, but the executive summary identified victims and the violations they experienced, found evidence pointing to crimes against humanity, and concluded that at least 27 persons may be criminally responsible for these crimes. Komnas HAM recommended that the AGO immediately begin investigations on these alleged perpetrators, and the parliament and president establish an ad hoc human rights court, as well as provide compensation to family members of the victims.

(ICG 2001): "Trial Kidnapping by Special Forces
The second trial, from December 1998 to April 1999, was that of eleven members of the army's Special Forces (Kopassus) accused of kidnapping and detaining nine radical activists during the months before Soeharto’s fall. The soldiers were found guilty by a military court and sentenced to jail terms ranging from twelve to 22 months. The most senior officer, a major, and four captains were also dismissed from the armed forces. The trial was considered a whitewash by many human-rights activists, who believed its conduct was closely related to political rivalries within the military. First, the soldiers were only accused of kidnapping and detaining the victims, while the victims themselves claimed they had also been tortured. Second, it was believed that altogether 23 people had been kidnapped but the charges related only to nine, all of whom had since been released. Of the other fourteen, one had been found dead, and thirteen are still missing. Third, there was widespread scepticism about the convicted major’s confession that he formed the team that carried out the kidnappings on his own initiative. The previous August, a military honour council had ‘honourably discharged’ the former commander of Kopassus, Lt. Gen. Prabowo Subianto, who accepted responsibility for the kidnappings. The dismissal of Prabowo, President Soeharto's son-in-law, however, was related to his rivalry with General Wiranto, then Minister of Defence and Security and  Commander of the Armed Forces. It seemed that the major had taken the blame rather than implicate Prabowo, who might then have implicated the most senior officers in hierarchy as well as the former president from whom Prabowo had become estranged. The limited charges and light sentences seemed to reward the major's cooperation while Prabowo moved abroad." See the ICG 2001 report here.

Several procedures were carried out, and some became known only years afterwards. In August 1998, the TNI Dewan Kehormatan Perwira investigated the kidnappings and decided that General Prabowo Subianto be dismissed from the Army, while Muchdi PR and Chairawan were dismissed from their posts. Soon after the crimes were revealed, in April 1999, the military tried 11 members of a Kopassus unit called Tim Mawar (the Rose Team) for abducting the nine activists who were later found alive. All members were convicted, received sentences from one to three years in prison, and were dismissed from military service The formal document became public only in 2014 (see Kompas, 13-06-2014).

The soldiers appealed the verdict, but the outcome was not made public. In 2005 Komnas HAM started an investigation at the request of the relatives of the victims. Three generals were summoned to appear for the Commission but refused to appear: Wiranto, Prabowo and Sjafrie Sjamsoeddin. The investigation team sent out a calling until three times and used the court to pressure them to present in Komnas HAM, but it failed. In 2007 it was learned that some of those convicted, including the supposedly dismissed captains Untung Budi Harto and F.S. Multhazar, were still in the military and had been promoted. Prosecution of the matter in civilian courts has been blocked by the AGO’s refusal to begin an investigation based on Komnas HAM’s recommendations, and the president’s failure to issue a decree creating an ad hoc court. As of 2007 according to Wikipedia, Bambang Kristiano had been dismissed, Multhazar was promoted to lieutenant-colonel, as well as Dadang Henra Yuda, and Untung Budi Harto, whereas Jaka Budi Utama became commander of the Lauser Tiger battallion.

In September 2009, the DPR recommended reparations and rehabilitation of victims in this case. The government has not yet implemented these recommendations.

The court-martials addressed only the abductions, not the disappearances. Furthermore, military officers who were found guilty of abducting civilians continue to hold positions in the security forces, with some promoted to senior roles in the TNI and the Ministry of Defense.

General Wiranto is now a respected politician, leader of a newly established political party and he was (unsuccessfully)  candidate for the (vice-)presidency in 2009 with Mrs Megawati as his partner.

Sjafrie Sjamsoeddin was vice-minister for Defence from 2010 till 2014. Prabowo Subianto also established his own political party and unsuccessfully ran for president in 2009 and 2014.

Case of activists kidnapping happened to several youth activists and students who intended to uphold justice and democracy in the New Order Regime. Those who were critical in responding to the government’s policy were considered as a dangerous group who endanger the country. They were seen as threats that would hamper the governance.

It started in 1996when the campaign for general election started and several members of Indonesian democracy party struggle (PDIP) were kidnapped without any news of their fate. Then, it continued during the riot in May 1998 until the kidnapping activists from Democratic People Party and Indonesia Students Solidarity for Democracy.

The victims and victims’ families started to move and demand the government to take responsibility on the kidnapping in 1998. Asides from forming Indonesian Association of Families of the Disappeared (IKOHI), many advocacy efforts were conducted such as meetings and actions with the responsible instutions and public campaign nationally and internationally.

The strong demand from the victims and the public finally had the government through its Commander of TNI (state army) to form the Council of Military Ethical Office (Dewan Kehormatan Perwira, DKP) to carry out an investigation. DKP proved that the kidnapping and forced disappearances were committed by Kopasus (Special arm forces) involving several military institutions and Police. Letjen TNI Prabowo Subianto admitted that he gave an order to kidnap and he also admitted mistake in analyzing an order under the operational control and is willing to take responsibility. As the result, Letjen Prabowo Subianto was released [dismissed] from the military while Mayjen Muchdi PR and Col.Inf. Chairawan were released form their duties.

Late 1998, a military court was held to prosecute 11 members of Kopasus (Mawar Team) who admitted the crime out of their own conscience. This team admitted of kidnapping 9 activits but was unable to reveal the whereabouts of the other 14 victims. The team also denied of torturing the victims. The defendants were sentence 15 to 26 months of imprisonment and release from TNI.

In 1999, the victims and victim’s families submitted their litigation to the East Jakarta state court. the litigation demanded the court to order the Commander of TNI to explain the whereabouts of the still missing victims.

joining an organization called AFAD. In mid 2003, Komnas HAM formed a review team on the case of activist kidnapping 1998 but so far there has been no report on the review result.

The recommendation, in January 2005 Komnas HAM formed inquiry team for disappearances people in May Riots 1998 and abduction activist 1998. However, there was no significant progress made from the team until the team was longed in April. Beginning May 2005, the team started to interview victims and families as well as the witness coming from military and special armed forces (esp 3 generals: Wiranto, Prabowo & Syafri Syamsoedin. The team sent calling until three times and used the court to pressure them to present in Komnas HAM, but it failed.

Finally at the end of October 2006, the Ad Hoc Team released the report of inquiry result that mentioned several human rights violation to victims such as arbitrary and arrest detention, torture and enforced disappearance and the last about reparation for the victims and families.

On July 1, 2008, KontraS and IKOHI visited the Third Commission of the Parliament. The group demanded that the Attorney General (AG) be called to explain why he is not implementing the MK decision to conduct further investigation on the four gross human rights violations. Specifically, the group’s calls were: (1) Demand the AG to investigate enforced disapperance cases which occurred in 1997-1998 especially that of 13 persons who remain missing up to this day. Since these cases are continuing crimes, these should be handled by the permanent human rights tribunal and not necessarily by an ad hoc tribunal; (2) The President must establish an ad hoc human rights tribunal for past cases based on the documents which Komnas HAM have already submitted to the AG. The victims’ families and surfaced victims are now closely monitoring the developments related to their calls.

30 August is the International Day of the Victims of Enforced Disappearances. The International Convention for the Protection of All Persons from Enforced Disappearances defines enforced disappearances as: ".......the arrest, detention, abduction or any other form of deprivation of liberty by agents of the State or by persons or groups of persons acting with the authorisation, support or acquiescence of the State, followed by a refusal to acknowledge the deprivation of liberty or by concealment of the fate or whereabouts of the disappeared person, which place such a person outside the protection of the law." In 2012 many campaigns are rolled out in order to claim attention for this type of human rights violation that is inherent to the occurrence of impunity.

Through the years disappearances remain a violation of peoples' rights and dignity and those of their relatives. As an example you can read the statement by the Asian Human Rights Commission in 2012. 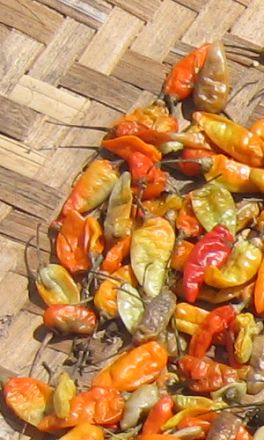