Over a three-day period in May 1998, the anti-government riots that led to Soeharto’s resignation claimed the lives of more than 1,000 people, and many others were beaten or raped. Security forces did little to protect civilians and, by some accounts, instigated the violence.

Victims:  around 1,000 people dead, many others beaten and/or raped.

(ICTJ - KontraS, 2011, p. 18-19) Two months after the incidents, a joint ministerial decree launched one of the more credible reformasi-era investigations, the Joint Fact-finding Team for the Events of May 1998. The team’s mandate was “to investigate and uncover the facts, perpetrators, and background to the events of 13-15 May 1998.”

Led by the chair of Komnas HAM, the 18-member group included religious leaders and representatives of the police, military, and civil society. For three months the team investigated the violence in Jakarta, Solo, Palembang, Lampung, Surabaya, and Medan. Members collected and verified data on victims and perpetrators, conducted field visits, and compiled a report with recommendations. The final report drew on testimonies from 124 victims and witnesses, in addition to evidence compiled by civil society groups. Notably, the team also requested and obtained testimony from senior members of the security forces, an important break from past practices.

The team’s final report concluded that the violence was primarily the result of the political elite’s struggle to maintain the New Order regime in the face of rapid economic decline and civil unrest. It found that unidentified provocateurs initiated and directed some of the violence, and appeared to be well trained, with access to transportation and communication equipment.

In some cases, the report specifically identified military personnel and youth groups as the provocateurs. The report also highlighted the role of high-ranking military personnel allegedly responsible for orchestrating the violence, as well as the previous abduction and disappearance of pro-democracy activists.

The findings of the team, particularly the evidence that senior members of the military were involved, are a testament to the composition of the team, their courage, and the sense of sweeping change and possibility in the early days of reformasi. Despite the political turmoil, instability, and uncertainty of the time, the report made several remarkable recommendations. These included judicial accountability, compensation and rehabilitation for victims, and widespread institutional reform. The report recommended laws to guarantee victim and witness protection, the ratification of international human rights conventions, and civilian control of the national intelligence agency. The fact that the team was able to conduct a credible, independent investigation that did not whitewash military accountability—so soon after Soeharto’s resignation—was a remarkable achievement that stimulated grand hopes for the future.

(ICG 2001): In only four major cases since May 1998 have perpetrators of gross violations of human rights been brought to court and convicted. Those convicted were, with one exception, military or police personnel. Two of the cases were related to events surrounding the fall of the Soeharto regime in 1998 while the other two involved the murder in 1999 – during the Habibie presidency – of independence supporters in Aceh. Those responsible for the riots were not identified. The case remains unresolved - see The Jakarta Post, 23-05-2014

Following an allegedly unconstitutional move by Prabowo to oust his rival Wiranto, he was submitted to the judgment of the Honorary Council for Officers (Dewan Kehormatan Perwira) and dismissed from the army in August 1998. Former general Prabowo Subianto lived abroad for a number of years and returned later to become a (vice-)presidential candidate in 2009 and 2014, and the leader of a newly established political party, Gerindra (Partai Gerakan Indonesia Raya).

From 2010 till 2014 (ret.) general Sjafrie Sjamsoeddin was vice-minister for defense in the cabinet of the President Susilo Bambang Yudhoyono. 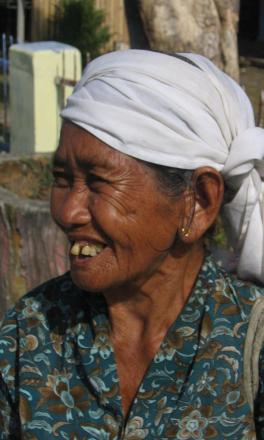