One of the most tragic developments in this worsening trajectory of religious conflict occurred in Pandeglang, Banten Province on 6 February 2011, when a mob attacked the house of an Ahmadiyah follower in the village of Umbulan, in the sub-district of Cikeusik. The attack was not spontaneous. In the days before, messages were sent around local religious networks calling people to a demonstration against Ahmadiyah in Umbulan. The message stated an intention to ‘expel Ahmadiyah from Cikeusik’.

On 5 February, an Ahmadiyah leader, Suparman, and his family were ‘evacuated’ by police, who knew in advance of the impending demonstration. The police’s hopes of avoiding a dangerous confrontation on the following day were dashed when 17 Ahmadiyah supporters arrived in cars from Jakarta, Bogor and Serang, stating an intention to protect Ahmadiyah property. They were led by the Ahmadiyah’s national security chief, Deden Sudjana. Police tried, but failed to persuade these men to leave Suparman’s house.

After the departure of the police negotiators from the house, a mob of between 1000 and 1500 people attacked it, while the police and army helplessly looked on. In the ensuing violence, which was captured on video and later circulated via the internet, the mob murdered three Ahmadiyah members from Deden’s group, Warsono, Chandra and Roni. In a particularly distressing image, mob members were seen striking and kicking victims’ bodies, even after they appeared to be dead.

Prosecution:Criminal prosecutions were carried out. Twelve people, including students and leaders of local Islamic schools, were charged and tried in the Serang court on various counts including assault and incitement. Their light sentences caused further public concern. In July, 2011, they were found guilty and sentenced to periods of imprisonment between three to six months. Taking into account the time already served, they all walked free within 15 days of being sentenced.

Measures for non-recurrence: none

Notes:Deden Sudjana, the Ahmadiyah security adviser who had arrived in Umbulan on the morning of the incident, and who was seriously wounded in the attack, was charged with incitement. He was found guilty and sentenced to six months imprisonment.The Ahmadiyah movement originated in late nineteenth century India (contemporary Pakistan), was first proselytised in the Netherlands Indies in the 1920s, and currently has around 500,000 Indonesian followers. One sub-group within Ahmadiyah attributes revelation to its founder Mirza Ghulam Ahmad (d. 1908), thereby taking a doctrinal position that has attracted disapproval from orthodox Sunni Muslims who argue that divine revelation ended with the Prophet Muhammad.

Disapproval towards Ahmadiyah has been expressed constantly in Indonesia since the group was established there, but threats and violence against the group’s members and infrastructure have increased alarmingly in recent years. In INside Indonesia edition 85 (Jan-Mar 2005), Akh Muzakki described a number of such conflicts occurring in West Java, and also examined the role of the Indonesian Council of Scholars (MUI) in the violence. The MUI had released a fatwa asserting that Ahmadiyah’s teachings were not Islamic in 1980, at a time when the Suharto government granted no space for activist organisations to implement programs of action. But in 2005, when the MUI republished its fatwa, Muslims were enjoying far greater freedom of expression, and in this climate, Muzzaki argues the fatwa played a role in encouraging violence against the group.

Few Indonesians have taken issue with the MUI’s disapproval of Ahmadiyah, but some have defended the group, arguing that there is an important principle at stake. The Indonesian constitution, they argue, protects freedom of religion. As Joanne McMillan wrote in Inside Indoensia edition 94 (Oct-Dec 2008), the resulting conflict has polarised society. On 1 June, 2008, supporters of religious freedom gathered at a rally held at Jakarta’s national monument. This date is celebrated annually as the day on which Sukarno delivered a speech in which he outlined his version of the state ideology known as Pancasila. The demonstrators, who included influential religious leaders, were attacked by thugs belonging to the very same groups that had carried out threatening actions against Ahmadiyah. The violence, which resulted in injuries to 19 people, shocked many Indonesians, and led to the imprisonment of members of the vigilante groups.

It is not only public apathy that has placed Ahmadiyah in such a vulnerable position. Indonesia’s politicians are also wary of the implications of the Ahmadiyah case. As Bernhard Platszdasch reported in Inside Indonesia edition 97 (July-Sep 2009), the country’s mainstream parties are eager to capture support from pious voters, and their positioning on the Ahmadiyah issue reflects a desire to accommodate them. The government’s strongest statement on Ahmadiyah was a joint ministerial decree released in June of 2008. It did not outlaw the group, but forbade its members from spreading its teaching as long as they continued to claim an Islamic identity. By refusing to support either of the conflicting principles being argued in the debate, the decree was a safe option for a government reluctant to court controversy.

However, after the decree, some accused the government of ignoring rights enshrined in the Indonesian constitution, making the Ahmadiyah congregation the focus of a debate about the nature of the protection offered by the country’s legal framework. In Inside Indonesia edition 105 (July-Sep 2011), Melissa Crouch described bans on Ahmadiyah that have appeared in legislation passed by governments at the provincial and district levels. But many critics doubt the power of these governments to make laws restricting religious activities. As Crouch pointed out, there is also a contradiction at work: laws have been passed that make Ahmadiyah teachings and observances illegal, but the operation of the law has hardly been felt by the vigilante groups whose violence and threats have incurred little legal sanction. 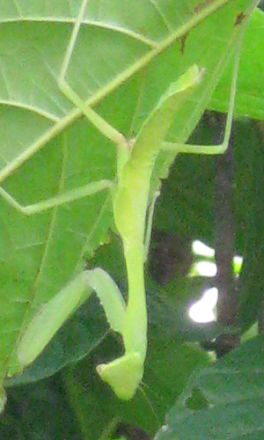