During the war for independence against the Dutch (1945-1949), 431 Indonesian boys and men were murdered by Dutch soldiers in a village, then called Rawagedeh, now called Balongsari (West Java). One male villager survived the massacre. (source: NRC 24-11-2008). In September 2011 a Dutch court ordered the Dutch government to compensate the widows of seven villagers. The Dutch government decided not to appeal against the 2011 verdict and offered the widows a compensation of 20,000€ per person. However, the Indonesian local authorities tried to interfere and to collect half of the total amounts and redistribute these to 171 other villagers of Rawagedeh. The Dutch Government made a statement of apologies in Rawagedeh in 2011 (Source: Wikipedia )

Dutch soldiers were searching for one Lukas Kustario and when they did not find him in Rawagedeh, they shot all male inhabitants. One man hid himself among the bodies and kept quiet. The survivor and 9 widows started a civil procedure in 2008, demanding apologies and reperations. In 2011 the Dutch government stated that the crime was superannuated, and just expressed regret.  In December 2011 the Dutch government decided to grant a compensation of 20,000 to each widow.

The verdict of 14 September 2011 contains the judicial conclusions (in Dutch).

A new procedure (September 2011) will ask for an investigation into five cases of kidnapping (disapperances).

Notwithstanding the recommendation by general Spoor to the attorney-general Mr. H. A. Felderhof that he be prosecuted, it was decided in 1947 (in the same month as the massacre) that he would not be indicted. He was promoted to the rank of colonet, appointed as commander of the Generaal Majoor de Ruyter van Steveninck Kazerne in Oirschot and later as commander of the garrison of Eindhoven. Wijnen has been awarded with a high decoration: Officier in de Orde van Oranje-Nassau met de zwaarden (Souce: Wikipedia)

A United Nations Commission of Inquiry (12-01-1948) concluded that the attack had been "deliberate and ruthless".

An analysis of the cover-up in the Dutch press has been carried out in 2008 .

From the perspective of Indonesia we quote the Kompas Newspaper 15-09-2011:

Jimmy Hitipeuw | Thursday, 15 September 2011 | 08:09 WIB   THE HAGUE, KOMPAS.com — A Dutch court ordered the government Wednesday to compensate the widows of seven villagers who were summarily executed and a man shot and wounded in a notorious 1947 massacre during Indonesia's bloody battle for independence from colonial rule.

The landmark ruling was the first time the Dutch government has been held responsible by a court for the massacre. The The Hague Civil Court ruled it was "unreasonable" for the government to argue that the widows were not entitled to compensation because the statute of limitations had expired.

"Justice has been done," said plaintiffs' lawyer Liesbeth Zegveld. "This means that the state can't just sit in silence for 60 years waiting for the case to go away or the plaintiffs to die and then appeal to the statute of limitations."

Estimates of the death toll in the village of Rawagedeh in western Java vary from 150 to more than 430. Despite a 1948 United Nations report condemning the attack as "deliberate and ruthless," the Dutch government never prosecuted any soldiers for their roles in the killings.

A 1968 Dutch report acknowledged "violent excesses" in Indonesia but argued that Dutch troops were carrying out a "police action" often incited by guerrilla warfare and terror attacks.

After a television documentary explored the bloodbath, the government conceded in 1995 that summary executions had taken place in Rawagedeh, now known as Balongsari, but said prosecutions were no longer possible.

It was not until 2005 that the government formally faced up to the past when former Foreign Minister Ben Bot expressed deep regret for offenses by Dutch forces throughout Indonesia in 1947.The judgment paves the way for a case to establish the level of indemnities to be paid to the relatives.

However, Zegveld said its narrow focus on widows of massacre victims means it is unclear whether it will expose the Dutch state to a flood of compensation claims from other relatives of people killed during the Dutch fight to retain control over the Dutch East Indies, which became Indonesia in 1949.

The widows deserved compensation because they were in the village at the time of their husbands' deaths and so suffered directly, Zegveld said. In its written judgment, the court said the Netherlands "acted illegally" against the plaintiffs, "through the execution of their then-husbands" and said the state was liable to compensate them for "past and future suffering."

In an initial reaction, government lawyer Bert-Jan Houtzagers said he was surprised by the ruling and would carefully study the 17-page judgment before deciding whether to appeal.

The ruling came too late for two of the plaintiffs — one widow died earlier this year as did a man also covered by the ruling who also was granted compensation because he was shot and wounded during the mass executions.

The court's written ruling said that the statute of limitations normally expires after just five years, but it made an exception because of the seriousness of the offenses.

Indonesia declared its independence from Dutch colonial rule when World War II ended in 1945. The Netherlands fought unsuccessfully to try to maintain control of its lucrative Asian outpost and Indonesia was finally recognized as independent in 1949.

Sources for Dutch readers on paper: 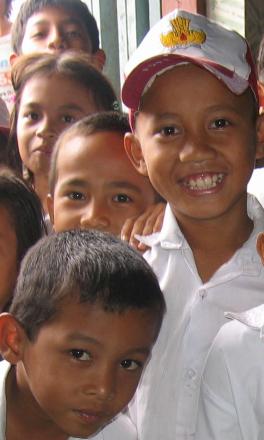