G30S is the widely used acronym for Gerakan 30 September, or Movement of 30 September 1965, when the army and related groups responded with  widespread violence after a coup attempt on 30 september 1965. In fact the counter-attack turned out to be a coup that eventually ousted President Sukarno and put General Suharto in power.

(Amnesty International 1977) Having crushed the attempted coup [later called the Gerakan 30 September, or 30 September Movement, G30S], the surviving Army leadership sought to eradicate all left-wing elements from the Indonesian body politic. This put at risk a considerable portion of the adult Indonesian population, of whom perhaps one quarter were in some way associated with left-wing organisations or mass movements of one kind or another. There followed what might be described as an "inquisition", whose purpose was to root out all those identifyable as left-wing sympathizers (p. 20). An estimated 500,000 to over one million civilians, suspected of communist or leftist ties, were killed or disappeared, and another million were incarcerated without trial (p. 23). Political prisoners were gradually released starting in the late 1970s, but continue to face discrimination until this day.

(Amnesty International 1977) The inquisition was conducted by the military, whose work was supplemented by religious activbists and other vigilante groups which had opposed the increasing strength of left-wing movements in Indonesia during the 1950s and early 1960s. Widespread arrests led to numerous killings, brutal interrogations and subsequent detention in appalling circumstances of thousands of people (...) (p. 20). Because of the massive dimensions of the human rights violations as a consequence of the regime change in 1965, the information is divided into the following segments:

Investigation into the human rights violations:

The National Human Rights Commission Komnas HAM carried out an "pro justitia" investigation and published a summary in 2012. The  Attorney-General has not carried out a follow-up on the recommendations (prosecution and reconciliation).

In November 2015 an International Peoples tribunal has take place that in its final statement idebntified the human rights violations related to "1965" as crimes against humanity. These findings will be submitted to the United Nations Human Rights Committee in 2016.

In 2006 a group of teachers in Kebumen (Central Java) started a procedure at the Administrative Court (PTUN) to demand rehabilitation after they had illegally been dismissed as employees of the Ministry of Education. Their effort was positive. Even in the highest instance at the

Supreme Court, in 2008, the verdict was upheld.

In a few cases local initiatives are being carried out for truthfinding and rehabiliation (Palu, Bali, NTT).

The two documentary films "The Act of Killing" (2012) and "The Look of Silence"(2014) have created a public debate on the possibilities c.q. non-acceptance of rehabilitation.

On the whole the army carried out the human rights violations on the ground, and the politicians (often from army origin) were responsible for the policies and orders. Legislators were co-responsible for enacting laws and regulations. In 2016 the International People's Tribunal in its final

Verdict stated that in all cases brought before the Tribunal in November 2015 can be considered as crimes against humanity. The original indictment included the following crimes:

Special branches of the military allegedly involved were

Special courts. allegedly responsible for unfair trials and several death sentences, were established for the prosecution of (a very small number of) political prisoners:

Remarks: In July 2012 Komnas HAM published its report on the events of 1965/66.  In its conclusions it recommends that responsible military figures, a.o. from the Kopkamtib, should be brought to trial. The Indonesian version is available here; and an unofficial translation can be read here. see also: The booklaunch of Stigma 65, by Dr Asvi Warman (2011) on the ongoing struggle of the victims of 1965, and on the work of Dr Asvi Warman: available here.

In November 2015 the International People's Tribunal 1965 held a four day hearing during which many testimonies were submitted to a Panel of Judges, consisting of seven international law experts. In July 2016 the Panel of Judges published its final

Verdict , concluding that the crimes were proven to fall within the internationally recognized definition of crimes against humanity and possibly also that of genocide. View for more information the IPT 1965 page. 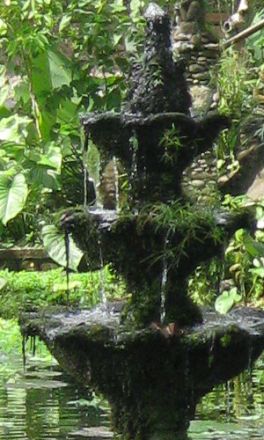