In a country where human rights violations go unpunished, people will continuously be repressed, even after the violations have stopped occurring. The victims know the perpetrators are still at large and the perpetrators themselves feel above the law. So the violations can continue without any sanctions. This situation spreads fear through all sectors of society. Still human rights activists in Indonesia and other countries have the courage to speak out and demand that the truth be unveiled, and justice be done.

The United Nations have formulated in rights terms four principles that should be realised with regard to impunity:

The rights to the truth, to justice and to rehabilitation are individual rights, although they have to fit into the legal context of a country. The last principle ("never again!") is a right of the whole society that claims that measures should be in place to prevent impunity.

Human rights guarantee citizens to live in peace and dignity. They are intended to protect civilians against abuse by those in power. Repression and violations of human rights are often perpetrated by those in power, with the aim to remain in power. Not being punished for these abuses is part of that power play. That is what impunity is about. Human rights defenders try to expose the violations and the way the perpetrators remain unpunished.

In the case of human rights activist Munir Thalib Said, who was murdered in 2004, this cycle was clear. Munir commented on past human rights violations, such as those in Talangsari (South Sumatra) in 1989. He collected testimonies and would not keep his mouth shut, whoever turned out to be responsible for that killing of dozens of peasants. He was murdered by poisoning during his journey to The Netherlands in 2004. The prosecution of alleged perpetrators did not lead to the "dalang" (puppeteer) of the murder, and one of his two "executioners" was acquitted. The other one, who effectively and demonstrably administered the arsenic, received a lighter sentence before the Supreme Court. A critical investigation report by a special investigation committee has never been made public. Everybody knows the contents but the perpetrators walk free.

Essential in this vicious circle of continuing human rights violations is that there is this state of impunity. Perpetrators of human rights violations evade punishment for those crimes. And they succeed in preventing investigation, prosecution and punishment by other crimes. That is how they can keep the wheel going.What the perpetrators do to prevent punishment is manifold. Remember, their position to stay in power is at stake. They take care that there is no proof: so they rather let someone disappear than murder him, so that there is no body. They destroy evidence: so they burn offices, intimidate witnesses, torture those who come for information. They change laws so that their responsibility is annihilated. And they use the mechanism of corruption; they bribe judges and prosecutors, and feed the judicial mafia so that everybody is an accomplice: If you don’t tell on me, I won’t tell on you. This is the essence. But what can we do to fight this state of impunity? Read the pages on legal instruments and documentation.

In 2005, less than a year after her husband Munir had been murdered, his widow Suciwati said in an interview:

"Impunity is very harmful for the society, but it is difficult to imagine what it means to me personally. We want justice be done in general, that is a moral obligation. The symbol of Justice is so clear. She has her eyes covered sothat she cannot see. But not in Indonesia. Here she looks: who has the power, and who has the money?

It is now 9 months ago that my husband was murdered and still there is no perspective that the truth will come out and that justice will be done soon. But should I complain? Others have been waiting for much longer times. Sometimes I feel weak and want to skip everything, but that is the wrong thing to do. We must, especially with this case, break the circle of impunity.

And why did they kill him? The reason is never sufficient, but we want to know the reason. The reason leads to the perpetrators. Still justice will never bring him back to life." 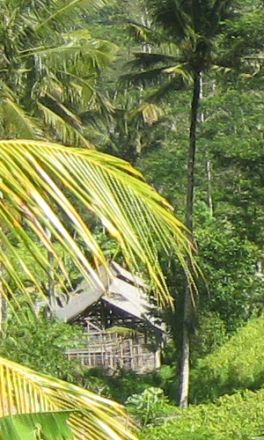